When Rebecca Manners tells people she has bipolar affective disorder, she can usually count on the same exact reaction: tumbleweeds. Even though 1 in 4 people in the UK (where Rebecca lives) is affected by a mental health disorder, there still exists a monumental stigma around the topic. And Rebecca hopes to change that.

“I refuse to be ashamed,” says Rebecca. “Shame breeds stigma and stigma breeds low self-esteem for all who are battling mental health issues.”

While having bipolar affective disorder is challenging on a daily basis, Rebecca is more disturbed by the incredible amount of discrimination she has faced since she was diagnosed in 2007. Deemed too risky, she’s been unable to get travel insurance during the holidays; coworkers “accidentally” leave her off staff party invitations; she is labeled “stuck-up” on days when her anxiety is too crippling to engage in conversation; and perhaps worst of all, an employer signed a waiver in her presence, announcing that it was “just in case you go on a rampage”.

“I laughed. I didn’t know what else to do,” admits Rebecca.

Because there is no cure for bipolar, Rebecca will require medications for the rest of her life. Knowing that endorphins are a pretty powerful shield against negativity, she sought an exercise program that would help her manage her symptoms. Enter Zumba® Fitness. She walked into her first class in 2011, awkwardly trying to avoid her reflection in the mirror. Once the music came on, everything changed.

“Those insane Latin rhythms came on and I just remember thinking, “This is incredible!” says Rebecca. “It’s like nightclubbing but without the alcohol!”

She continued to avidly take classes and eventually took her passion to the next level by becoming a licensed Zumba Instructor, which has had a significant impact on her life.

“I cannot put into words how much becoming a Zumba Instructor has helped my disorder,” explains Rebecca. “Teaching five times a week means that the chemicals in my brain never have enough time to dip low enough to prompt an episode. Each and every class lifts my mood.”

Rebecca feels motivated – not pressured – by the fact that people rely on her to get their Zumba fix. She has helped students through facing terminal illnesses, dealing with a partner’s death, overcoming post-partum depression, and controlling severe anxiety. And because her bipolar medications make it difficult to manage her weight, she has inspired her students to remain confident, regardless of their figures.

Rebecca has finally been able to accept herself as she is. She used to use the mantra “Fake it ‘til you make it”, but these days there’s no need to fake anything. And her message is loud and clear:

“If someone musters up the courage to tell you they have a mental illness – be it bipolar, anxiety, depression, or OCD – please respond with respect and kindness. We don’t need to be handled with kid gloves, but we do need the space to be allowed ‘bad days’ without being judged or cast aside.”

If you have a story to tell and would like to be featured, please share it at zumbastories.com. 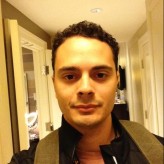